Sotogrande through the ages

An American dream that became reality in Andalusia, Spain 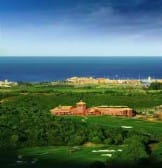 In 1961 a certain Joseph McMicking received authorisation from Franco to purchase the area known today as Sotogrande, which included five traditional estates, to create a luxury residential complex with wide tree-lined avenues and a state of the art electrical infrastructure. As a measure of how undeveloped the general area was at the time, the N340 was years away from being built and the existing estates were linked to Gibraltar and Algeciras by a mere dirt track.

By design, Sotogrande, or the “large grove”, initially attracted wealthy foreigners who wanted a quiet and discreet experience enjoying golf, polo, and the natural surroundings. Franco’s closing of the border with Gibraltar in 1969 changed this, rendering access by foreigners far more difficult and heralding the arrival of the Spanish elite. More often madrileños than not, these original owners occupied many of the sumptuous villas that remain to this day in Sotogrande Costa. 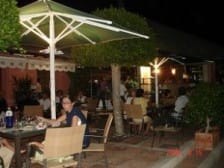 Sotogrande S.A. eventually opened up the resort to a wider clientele, and the bridge was built over the Guadiaro as well as the first apartments on the river’s banks. In 1978, the celebrated bilingual International School opened. It eventually grew to over 600 students, having attracted not only Sotogrande residents but families from as far away as Marbella. The next major development was the Puerto Deportivo and surrounding apartments, which preceded the re-opening of the border with Gibraltar in 1985, the subsequent improvement of the road network, and the resulting public influx. The Sotogrande Yacht Club was built during this period. More facilities became available, including nightclubs and restaurants as well as shops such as those at Centro Commercial Sotogrande and Sotopaniagua, and bars such as the Cucurucho Beach Club and Cafetería KE.

Golf in Sotogrande was a major part of McMicking’s vision, and there are now nine courses in the Sotogrande perimeter and vicinity. The oldest courses are the Real Club de Golf de Sotogrande and the now word-famous Valderrama, both designed by Robert Trent Jones. Near Valderrama is the recently completed Club de Golf La Reserva de Sotogrande, which comprises two 18-hole courses designed by Cabell Robinson and Gary Player respectively. Last but not least among courses inside the resort is Club de Golf Almenara, by the hotel of the same name, designed by Dave Thomas and featuring stunning views to the sea and Gibraltar. Three important courses were also built adjacent to or very near Sotogrande: The San Roque Golf and Country Club, Alcaidesa Links, and La Cañada. All of these courses have acquired fame on their own, and Sotogrande S.A. is reportedly at work on another course.

Polo, the other luxury sport associated with Sotogrande, was introduced when the Santa María Polo Club was founded in 1965 at the beachside ground that remained in use for thirty years until the move was made to its present installations alongside the Guadiaro river. Hosting both national and international competitions every year, the club is well established on the World Polo circuit. Ponies continue to be bred and kept at the Equestrian Centre in Sotogrande Alto. 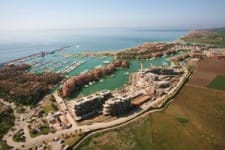 Recent years saw the construction of the new residential marina in Sotogrande, consisting of five islands topped by ultra-modern apartments featuring private docks and many other facilities. Today, the 2,000-hectares resort hosts a permanent population of about 6,000, increasing to about 20,000 each summer. Now owned by the NH Hotels group, Sotogrande S.A. always derived income from hotels, golf courses, and urban management activities. It expanded its remit some years ago to the development of leisure and tourism-related activities outside its traditional boundaries in locations such as the Dominican Republic, Italy, Mexico, and Valencia.

Property for sale in Sotogrande 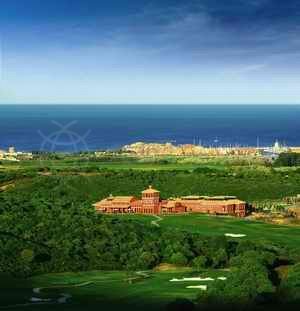