A unique home for a unique family

That’s how Russian gallerist Daria Victorov describes her stunning villa in Hacienda Las Chapas, which she is putting up for sale as the family is moving to the UK. 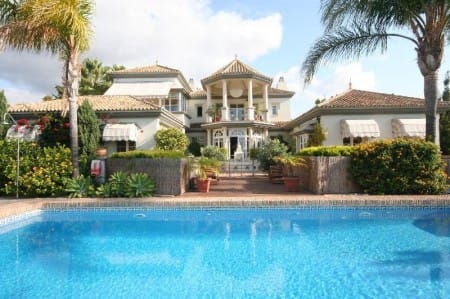 The seven-bedroom home is now on the market at the reduced price of 1,999,000 euros as the family are making the move to the UK for the children’s education. But Daria, and husband Andrey, who have lived in the villa for three and a half years, say they are sad to see ‘La Fuente’ go.

“We moved to Spain from Paris; mainly for the benefit of our little children and because of the climate and a much more peaceful lifestyle,” explains Daria who deals with contemporary and antique arts. “We were looking for a house which had character and had quite a green area around it as well as sea views.

“I was pregnant with my third baby and the search for the house in the early September weather was a battle for me,” she recalls. “Nevertheless we looked at over 30 houses along the coast, but nothing was touching our hearts to the extent we could make the important decision to move.

“‘La Fuente’ was the last one and was a wild card, but when we first stepped in we were sure that we had found a pearl! From the first minute you arrive at the gate it’s obvious that inside is something special,” Daria enthuses. “It’s hidden in the beautiful mature gardens which gives you a total privacy.

“The mixture of pine trees, palms, magnolia trees, 300 years old olive trees and oleanders brings you a kind of magical feeling,” Daria says, adding that: “The mature fruit gardens will surprise you with apricots, figs, pomegranates, plums, apples, peaches, chirimoya and others from May till December!

“As you see the house from outside, you are amazed by the fine architecture which is rarely met along the coastline,” she notes. “It was built by a famous Argentinean architect who combined the details of Moroccan, French, Spanish and Chinese cultures. The main hall has typical Moroccan columns with arches but as you walk through along the rustic Spanish flooring you find yourself in the typical French castle feature- the rotunda, which over looks the Andalusian fountain and infinity swimming pool above the pine trees and the Mediterranean Sea. Chinese touches are recognised in the shapes of the roofs under which the grape trees are nested.

“One of my favourite spaces in the house is the master bedroom with its terrace overlooking the pine trees and the Mediterranean Sea,” Daria confesses. “When I am away I really miss the feeling of waking up and seeing the sea and the line of the horizon from my bed! “I also love the levelled mature gardens, which are full of flowers all year round. 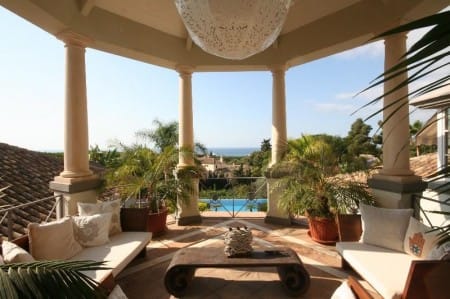 “But, as we moved to Spain for the sake of our children for their early childhood, now it’s time to move again for their education,” she says. “We chose Great Britain as I lived and studied there myself. This decision is the main reason why we are selling the house.

“It is highly professionally built and is cosy and comfortable all year round either with a warm cup of tea in front of one of huge fireplaces on a cold rainy windy day, when watching your children play on the silky carpets heated with the under floor heating on Christmas Eve, or enjoying a cool summer breeze with a glass of rose on the terrace and unforgettable breathtaking sunsets over the mountains of Gibraltar.”

Best of three: large plots for sale in Marbella to build the home of your dreams 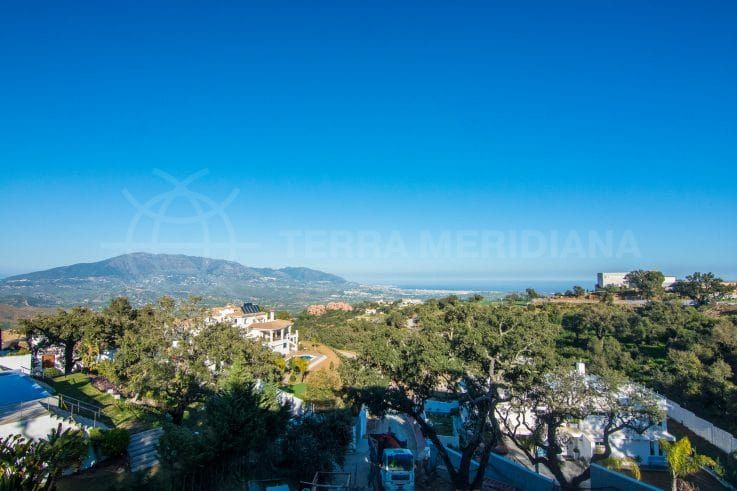 La Mairena – in the hills near Marbella

Elegant luxury villa in one of the most sought-after pockets in Hacienda Las Chapas, Marbella East. This one-of-a-kind residence showcases 761 m² of luxurious living ...

This old-world charm villa nestled in the hillside retreat of Hacienda Las Chapas offers a refined yet rustic ambience on large 1.580 m² plot. Contemporary yet ... 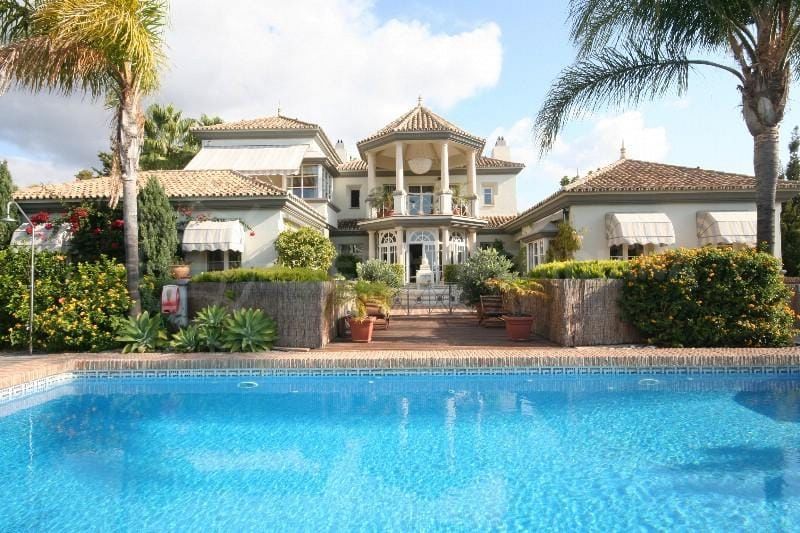