Millonaires are in the market for a bargain as things are starting to pick up for Spain and Sierra Blanca tops the list for recent luxury sales. 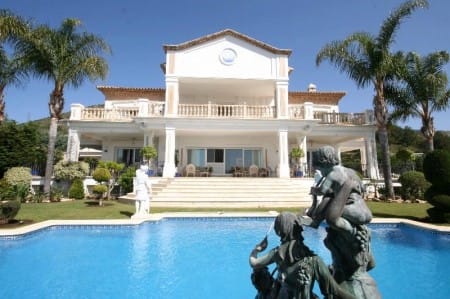 Terra Meridiana has seen a spate of luxury properties being sold in the last month in the Sierra Blanca and Marbella’s prestigious golden mile.

Marbella is a destination that really has it all; climate, golf courses, shops, hospitals, international schools, good infrastructure, and a nearby international airport.

It is known worldwide as a top-class destination, and for this reason its luxury markets have weathered the crisis better than in other places.

But now things are really picking up, especially with a recent influx of wealthy Russians, Qataris and Kuwaitis who are being enticed by the offer of the so-called ‘golden visa’ and have millions to spend on the home of their dreams.

Combined with this, falling house prices have given foreigners a competitive edge in the market with home purchases by foreigners growing steadily for the past two and half years.

One of the properties snapped up in the last month was a stunning contemporary eight-bed villa located within the prestigious gated community of Sierra Blanca on the Golden Mile. On the market for €15m, this ultra modern villa boasted a wide impressive entrance leading into a very large living room with vaulted ceiling, suspended fireplace, adjoining library and sea views. Enormous sliding doors open out on to a spacious covered terrace with views across the swimming pool to the sea.

The house had also been cleverly designed to allow natural light to flood the lower floor which was bright and airy and boasted a state of the art cinema room, spa area with steam room, indoor pool, bodega and a staff apartment.

Meanwhile, a stunning six-bed villa situated inside a private gated in Sierra Blanca was also sold recently, offically on the market for €8,5m. An impressive double height entrance led in to a very large living room/dining room with French doors which led to a large covered terrace with seating and dining area. As well as everything you would expect from a property of this quality it also offered a billiard room, bodega, gym, one bedroom staff apartment, home cinema, a Jacuzzi, and chiringuito with outdoor kitchen.

Meanwhile topping the list, one of the most expensive properties bought in the last month was a stunning 10-bed villa in Sierra Blanca officially on the market for €18,5m. The villa offered total privacy and beautiful panoramic sea views and boasted an impressive double height entrance hall, large kitchen with adjoining breakfast room, home cinema, snooker room, a spa area with indoor pool and gym, a garage for at least 10 cars and a one bedroom staff apartment to name just a few of the perks.

So, if you are in the market for luxury with a view, it goes to show that now really is a good time to buy. 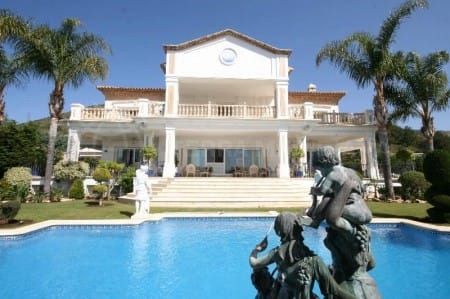