On December 31, the nationalised banks, including Bankia, Catalunya Banc, Novagalicia Banco and Banco de Valencia, transferred €36.7 billion worth of toxic assets to SAREB. 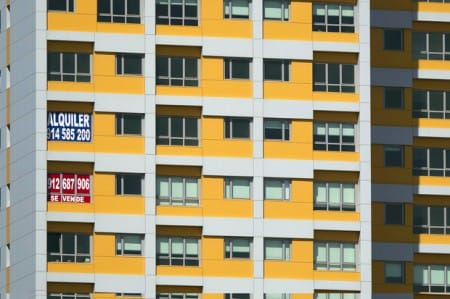 It comes after private investors including Spanish banks and insurance companies agreed to purchase 55% of the capital, allowing the government to keep the debts off its books.

The idea is that by taking these toxic assets off the balance sheets, it will give the banks a clean slate and the confidence to lend again.

Meanwhile, SAREB, created as a condition of the 100 billion euro bailout plan agreed with EU leaders in June, eventually aims to buy up to 90 billion euros of assets at a discount and sell them at a profit of 14%-15% annual return over the next 15 years.

It is set to apply an average 63% discount on land and properties and an average of 46% on real estate loans.

The aim is to find a price low enough to lure foreign investors into the real estate sector without causing further damage to the banks which are trying to off-load them.

However there remains a large degree of uncertainly over what exactly is happening with the stock and how and when the assets will be managed and sold.

What is known is that the bad bank has at its fingertips the ability to sell, rent, complete and demolish finished and unfinished properties.

Of course one of the main concerns is that an influx of bargain basement properties could now flood the market putting further pressure on prices.

This is despite previous assurances from Antonio Carrascosa, the Director General of the FROB that the bad bank “has no intention of sinking the market.”

Indeed one of the reasons for the 15 year period is to prevent this from happening and to help stabilise the market.

Moreover, another point to consider is that the bad bank stock actually includes a massive amount of bottomed-out sup-prime properties that have already proven near impossible to sell.

Although SAREB has acquired its assets at a hefty discount, it could struggle to find buyers as there are very few properties in its portfolio that international investors actually want to buy.

In fact real estate consultants have predicted almost two-thirds of assets the bad bank is due to take over will fail to attract investors.

This could mean that highly sought after areas with large amounts of private housing on the property market may find the impact of the bad bank is minimal.

The other thing to remember is that between 60 and 65% of the foreclosed property and bad loans actually relates to undeveloped land and half-built projects.

Only around 27% of the transferred portfolio corresponds to real estate or land that can be sold on the market.

Of these, approximately 30% will be related to completed housing and 21% to urban land.

Of course investing in land or half-built developments means spending money without any guarantee of selling or finding tenants further down the road, something investors are reluctant to do due to the ongoing recession and the already excessive surplus of property built up during the boom years.

With this in mind it has been suggested that some properties could be transferred for social rent to public administrations and non-profit organizations allowing them to assume their management and allocation at low cost rent on a long term basis.

Overall, there is still more questions than answers and it remains to be seen exactly what impact the bad bank will have on the housing market as a whole and whether SAREB will prove to be a success. 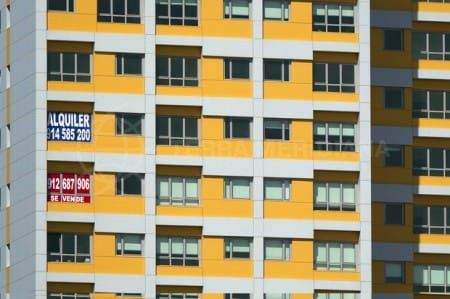