Drawing on official data from the Ministry of Transports, Mobility and Urban Agenda, the National Statistics Institute (INE) and the Registrars, the latest edition of our annual report provides an overview of the Spanish property marketplace, with a particular focus on the Costa del Sol markets we serve. 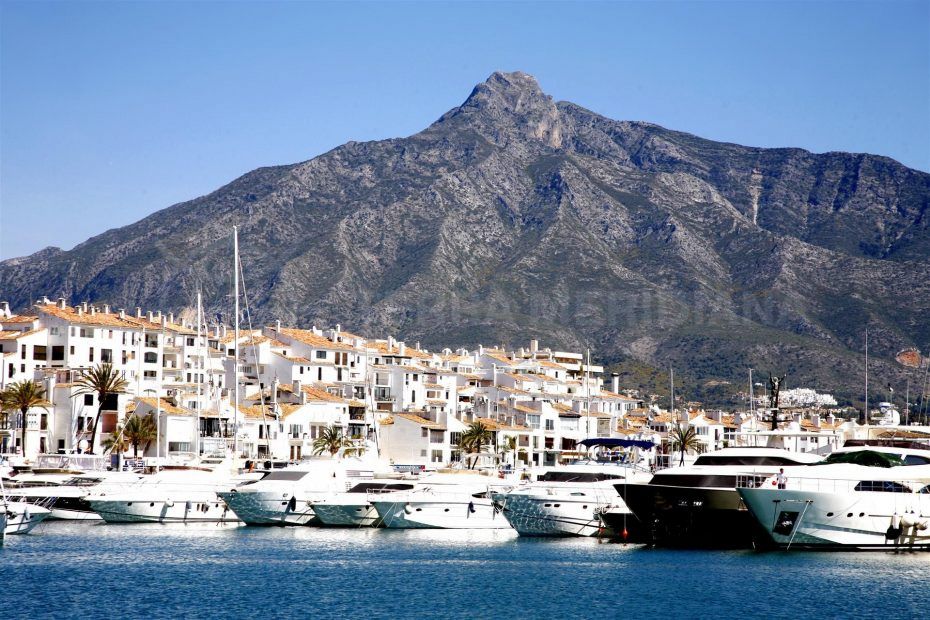 Slight drop in sales across Spain

In comparison with 2018, which saw property sales in Spain reach the highest figure since the global financial crisis, 2019 registered a decline of 2.2% to almost 570,000 homes sold over the 12-month period. The number of residential properties that changed hands, however, was still the second-highest total for over a decade. 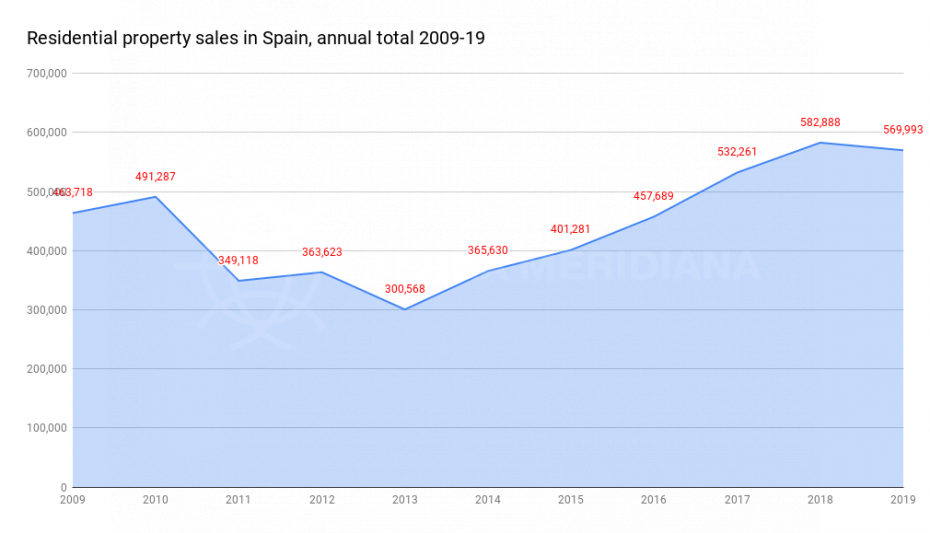 The challenge of considering the Spanish property sector as a whole is that it is made up of many different types of market – cities, towns, rural, coastal, interior… – each of which has its own dynamics. Traditionally, the major cities and sought-after areas on Spain’s coastline drive demand, both from national and foreign buyers, while smaller towns, especially those located in inland areas, tend to be popular with local purchasers.

Although Marbella and Estepona witnessed year-on-year declines in the number of residential property sales registered, by 9.7% and 6.8% respectively to reach annual totals of 3,681 and 2,334, Benahavís, which is home to some of the most exclusive urbanisations on the Costa del Sol, saw a rise of 2.9% for the year. 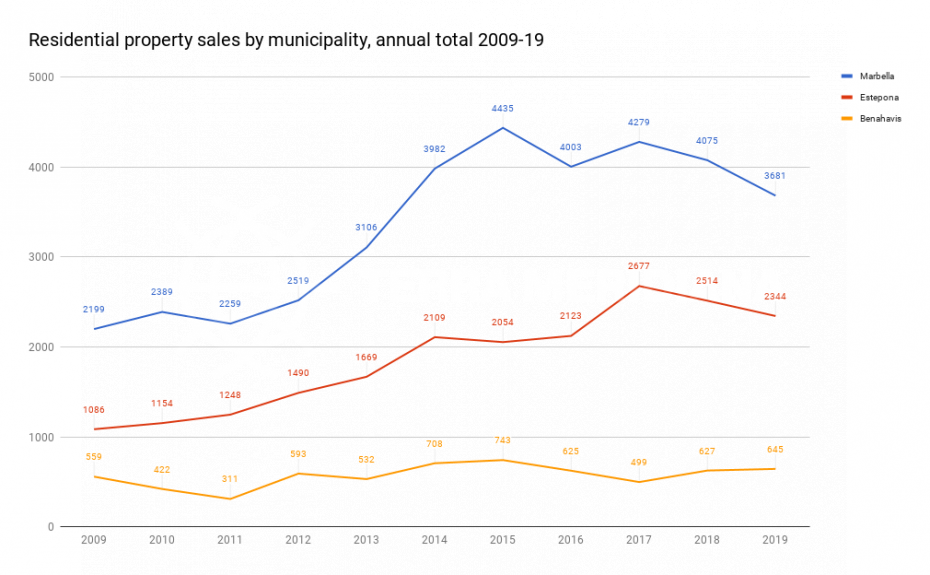 In our experience, there’s no lack of demand among buyers from Spain and overseas for upmarket real estate in Estepona and Marbella, but the local market does seem to have slowed down in the last couple of years. This is not surprising given the dearth of new developments in well located areas, and the fact the limited supply of resale properties at the higher end of the market has made competition for the best homes fierce. In Benahavís, where more land for development and larger properties are still available, and where the planning department processes applications in a timely manner, well-heeled buyers are able to choose or construct the home of their dreams.

The make-up of the national property marketplace continues to reveal the scars of the financial crisis, with brand-new homes representing only 10% of the total sales figure, compared to near parity a decade earlier. The number of new-build homes sold across Spain has essentially flat-lined for the last seven years, while resale properties have seen transactions recover to more than double the number of sales in the same period. 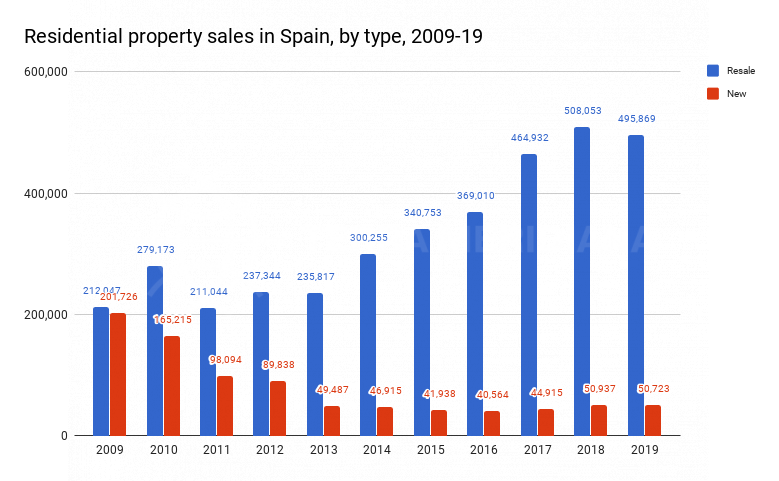 Along the Costa del Sol, new development has taken place at a relatively higher rate than in the rest of Spain, thanks in large part to demand from foreign buyers for off-plan homes, often at the luxury end of the market. But a combination of factors including constrained project financing, ineffecient planning departments and many construction companies’ desire to avoid risk have resulted in a sustained reduction in the number of new-build properties coming to market.

Over the last few years, Spain has attracted real-estate buyers from all over the world back to the country, after a major downturn during the financial crisis. In the last six years, overseas purchasers have accounted for one in eight of every property transaction, with almost no change in the last 12 months compared to 2018. 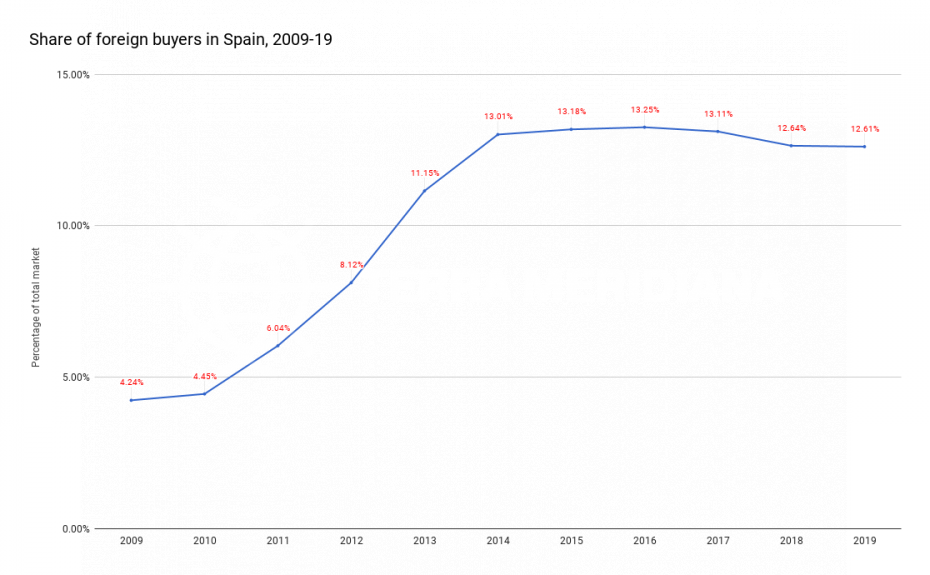 The continued confidence of foreign buyers in the long-term prospects and value of investing in real estate in Spain represents a significant slice of the national marketplace. However, the figures for the country as a whole do not accurately reflect the reality of the Costa del Sol. In local markets, the share of overseas clients is at least double the national average, particularly when it comes to more expensive properties where access to mortgage financing is not a consideration.

Prices continue to rise, albeit at a slower rate

Since the last year of negative growth, in 2013, when the Spanish real-estate market bottomed out in terms of property values in the third and fourth quarters, prices have bounced back and registered solid annual gains. In 2019, prices nationwide rose by an average of 5.1%, a lower rate than during the two previous years and cooling slightly as the year came to a close. 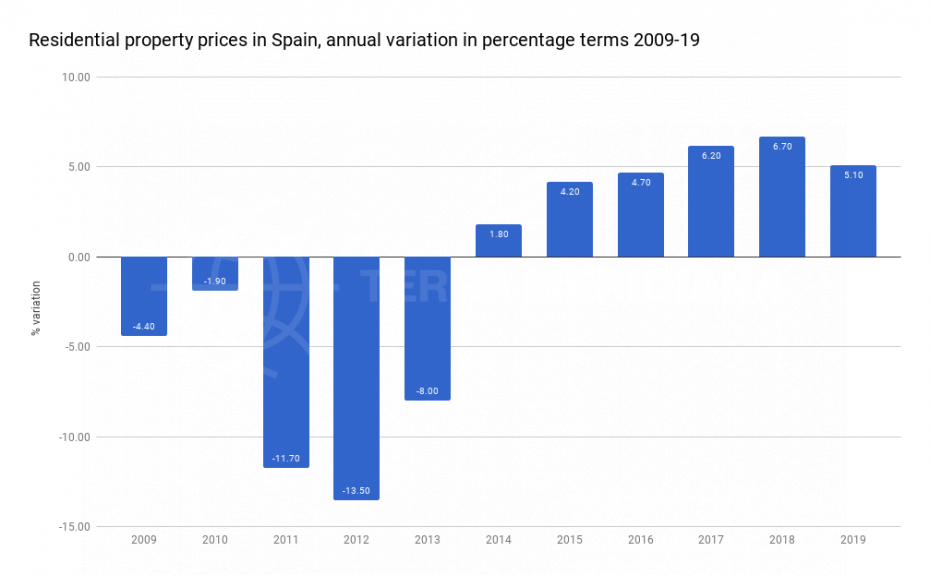 Six years of sustainable price increases across the country have been mirrored by market trends in the Costa del Sol, a trend that looks set to continue without drifting into double-digit territory that can signal overheating. Owners who bought during the top of the market are seeing the value of their properties return to the prices they paid before the financial crisis, while buyers are still able to find reasonable prices for appreciating assets. 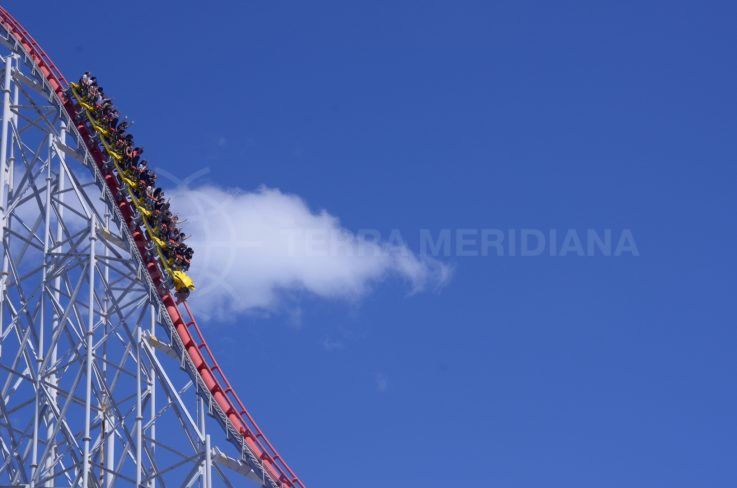 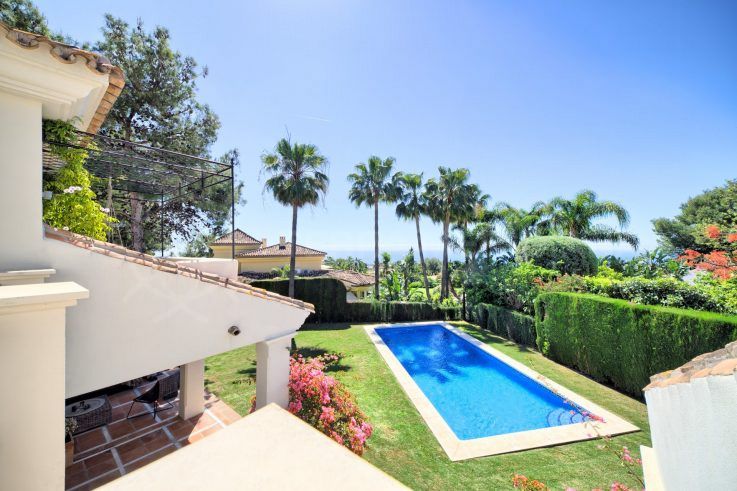 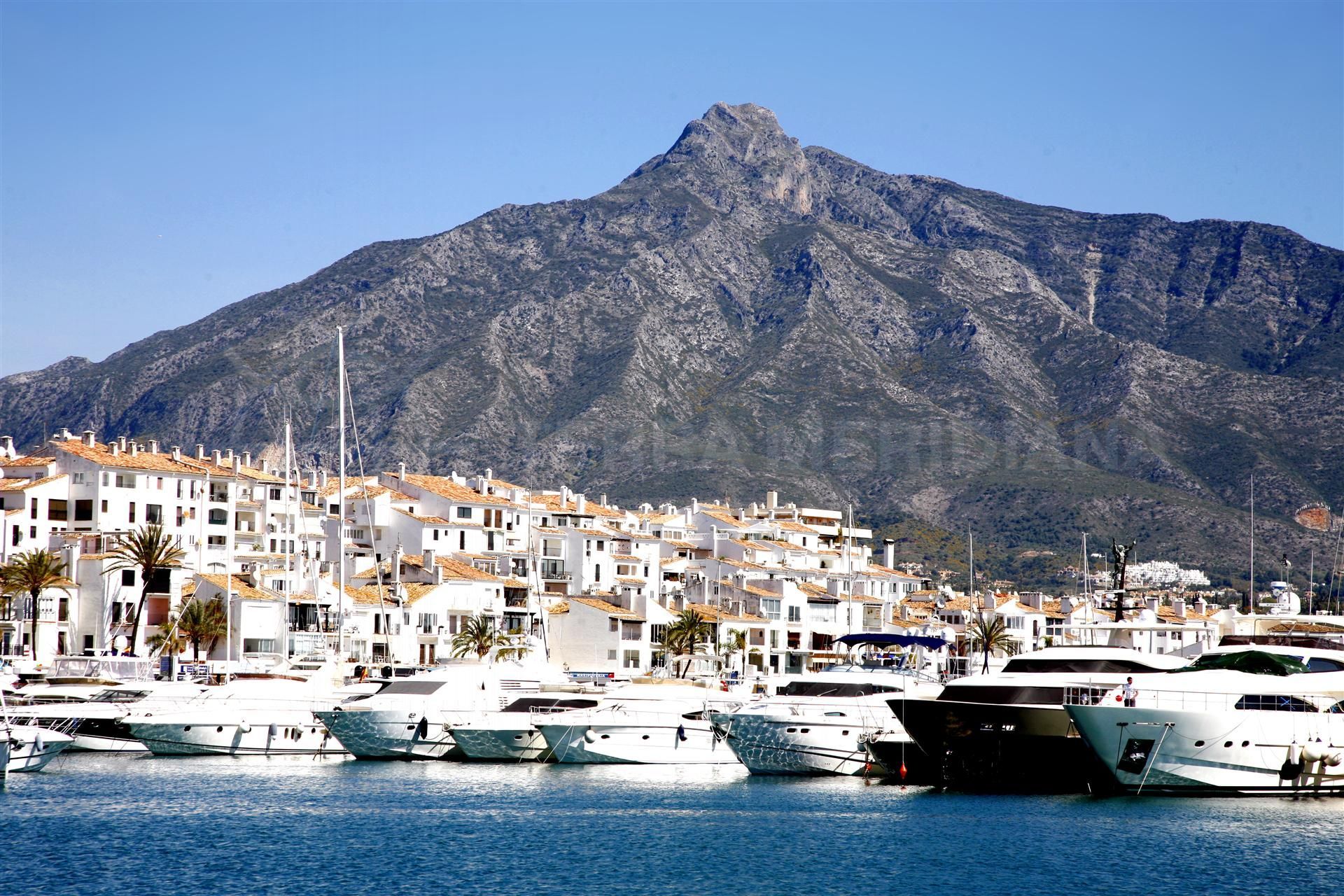