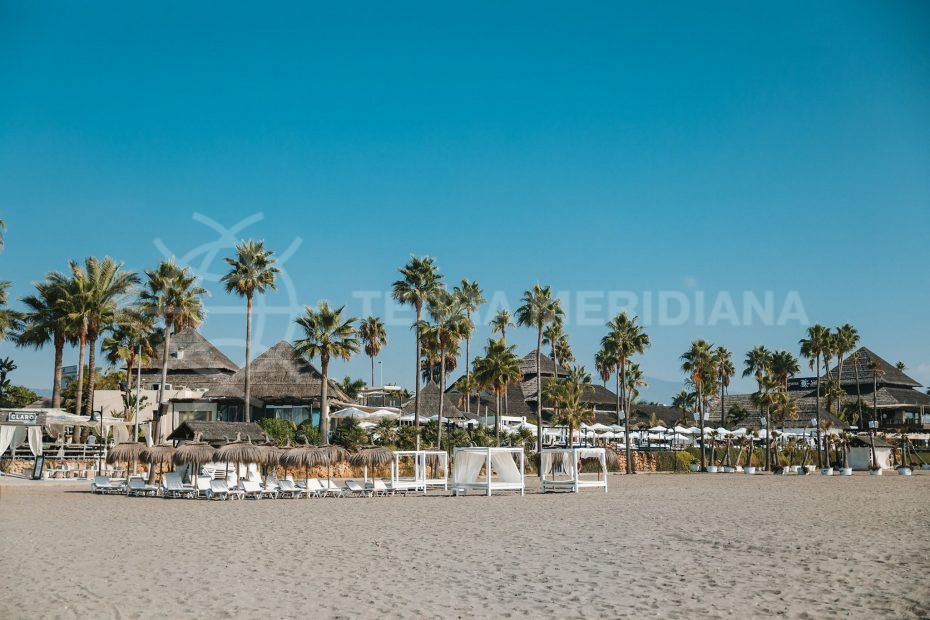 At a ceremony on July 15, representatives of the government of Andalusia and the mayor from Estepona, as well as local businessmen and developers behind the project, the first stone in the reconstruction was laid.

The reconstruction will not only provide around 1,000 direct and indirect jobs, with 250 construction jobs created for the restoration alone, it will also add to Estepona’s status as a standard-bearer of quality tourism on the Costa del Sol. 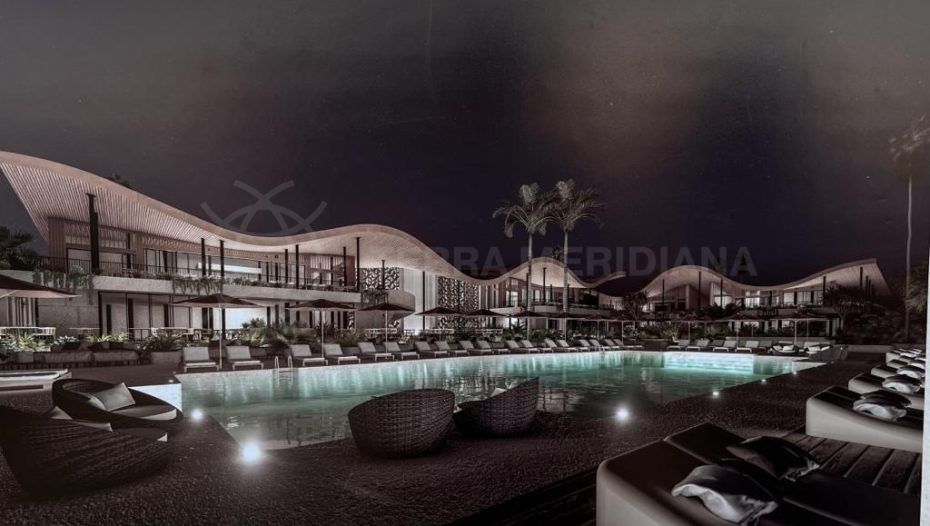 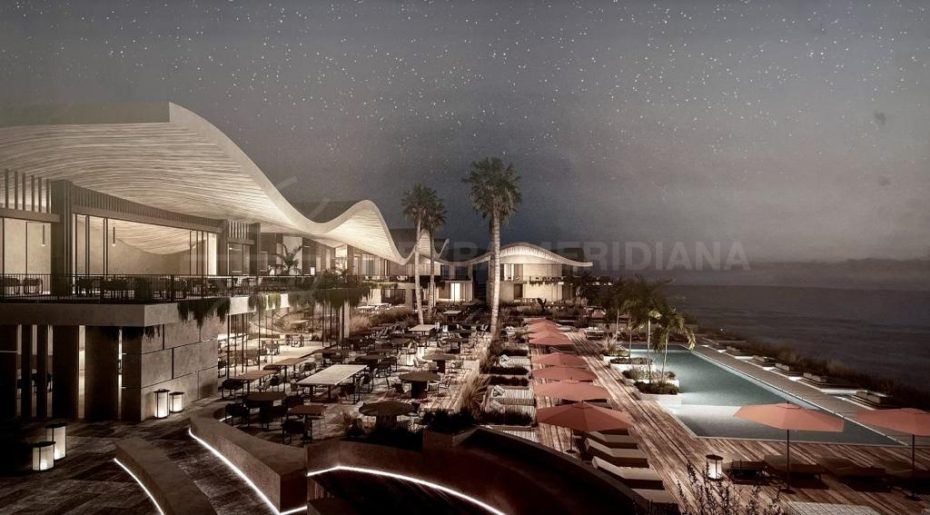 The tourism complex, scheduled to reopen for the tourist season in 2023, will be entirely new, with the exception of the pool, which firefighters managed to save during the blaze.

This “very innovative, very sustainable project will permit, not just the restoration of the economic activity of Laguna Village, it will also expand it by betting on quality tourism,” said Elías Bendodo, the acting Minister of the Presidency, Public Administration and the Interior. The facility will be designed to blend into the natural surroundings, utilizing materials such as stone and wood, as well as a focus on respect for the environment and energy efficiency. 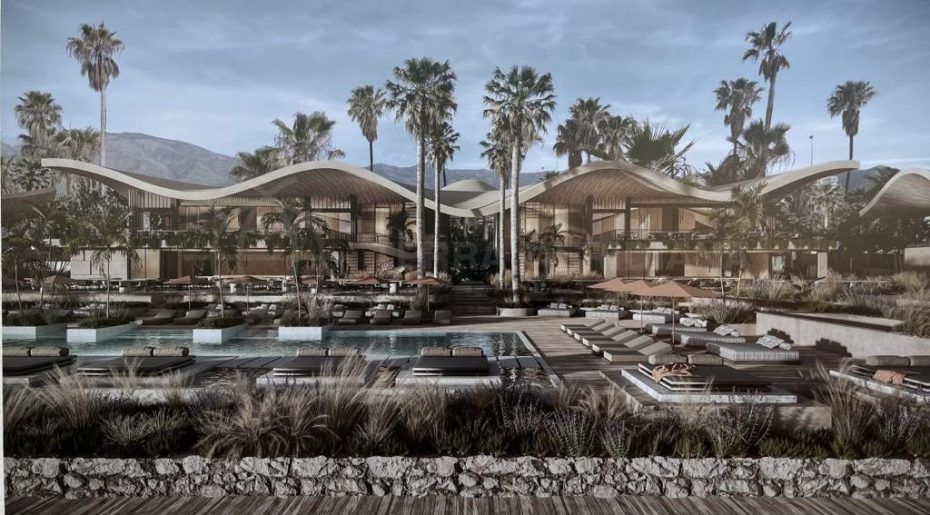 The 13,000 square metre luxury complex will include not only shopping and restaurants, but also its own 1,200 square metre beachfront, along with a children’s area, sports area, and yacht club. And, of course, the pool. The developers behind the project are GAT Inversiones and Grupo Pacha and the projectwas spearheaded by renowned entrepreneur and leader in the Andalusian business community,Rosauro Varo, president of GAT. 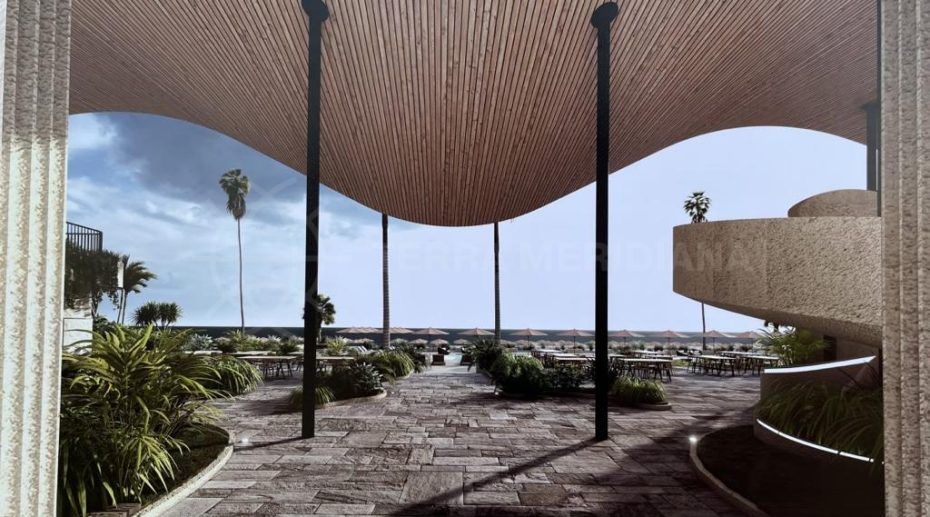 With an initial investment of 25 million Euros, Laguna Village 2.0 will play an important role in the community’s economic development and status as a magnet for both Spanish and global tourism. It will be one of the largest such complexes in Spain.

As the mayor of Estepona, José María Urbano, stated during the ceremony, “today Estepona is a benchmark city, providing security and seriousness in the development of important projects like that which is initiated today.” 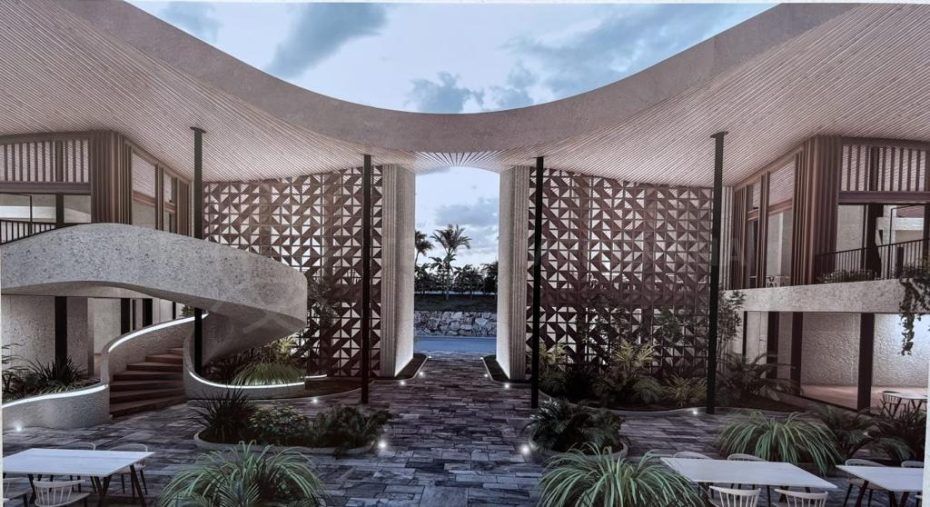 Laguna Village 2.0 looks set to restore an important and popular beachfront facility serving Estepona and Marbella and bring quality jobs to the local workforce. Watch this space for future updates! This immaculately presented apartment is located on the third floor of its block in Los Granados del Mar, one of Estepona's most sought-after exclusive beachfront ...

A unique opportunity to purchase a front line beach penthouse in Los Granados del Mar, Estepona. The property is accessed using a private lift which opens in to a ...

Apartment for sale in the beachside complex of Mar Azul, close to the centre of Estepona. Estepona, Mar Azul

This immaculate apartment is situated on the middle floor of the front line beach complex of Mar Azul, next to the 5 star luxury hotel Kempinski and a further 2 minutes ...

Stunning and spacious studio apartment for sale inside the Hotel Kempinski on the New Golden Mile with sea views Estepona, Kempinski

This beautiful, luxuriously presented studio apartment enjoys an excellent location inside the residential complex of the 5-star resort Hotel Kempinski, on the ...

This beautiful private home is situated inside the residential wing of the beautiful 5-Star Hotel Kempinski and enjoys access to all of the hotel's services and ...

This exceptional and unique property is located in the front-line beach luxury community of Bahia de La Plata, just 2 kilometers from the centre of town. The property is ... 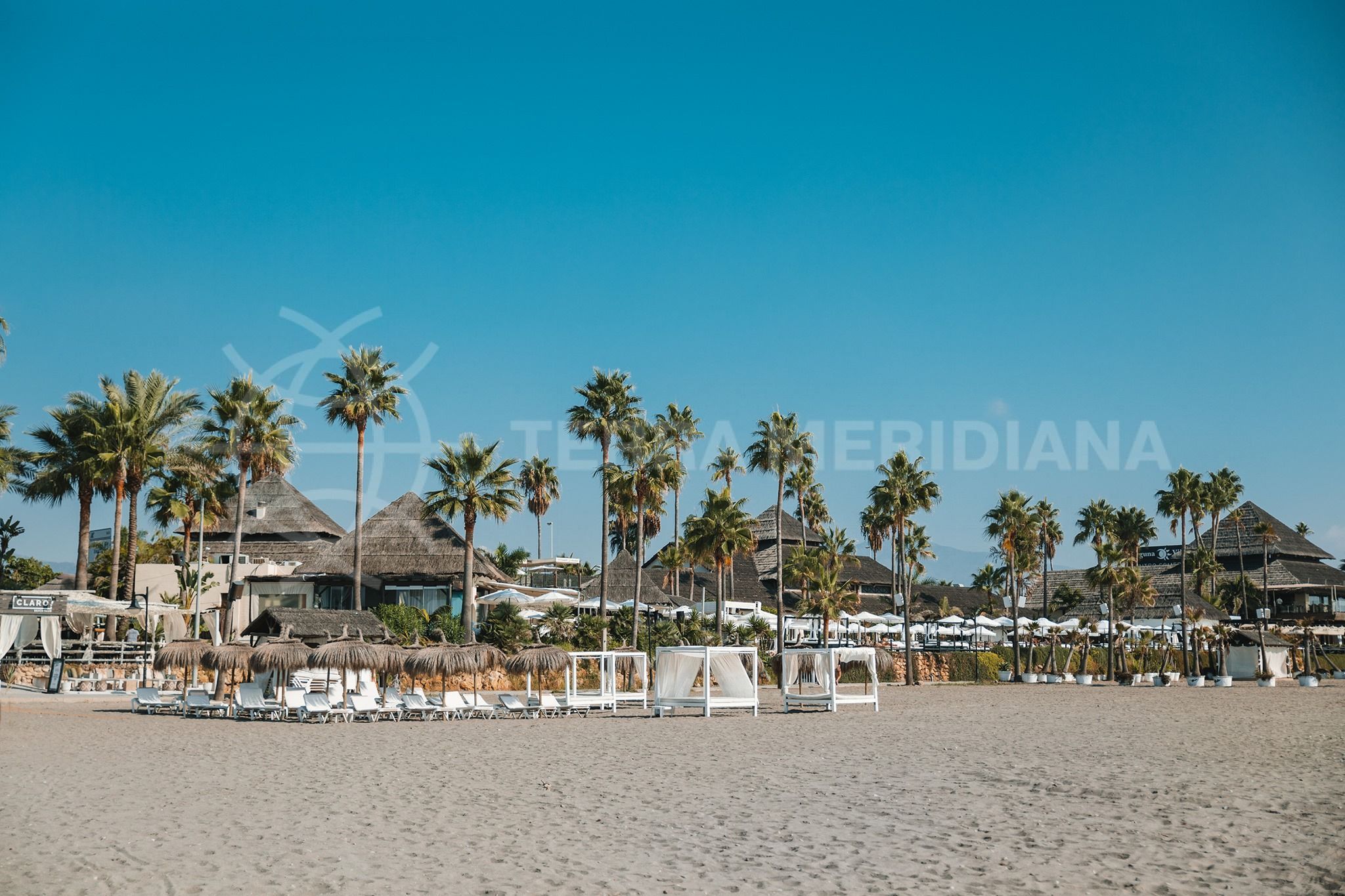