A guide to walking in Ronda

Ronda is an historic city in the Andalusian mountains that is world famous for its setting beside the dramatic El Tajo gorge. The Puente Nuevo stone bridge links the new parts of Ronda to the old town that dates back to the 15th century. It is an excellent location to use as a base for exploring the countryside of the Serranía de Ronda. Some of the walks are quite gentle, whilst others are more challenging hiking routes. 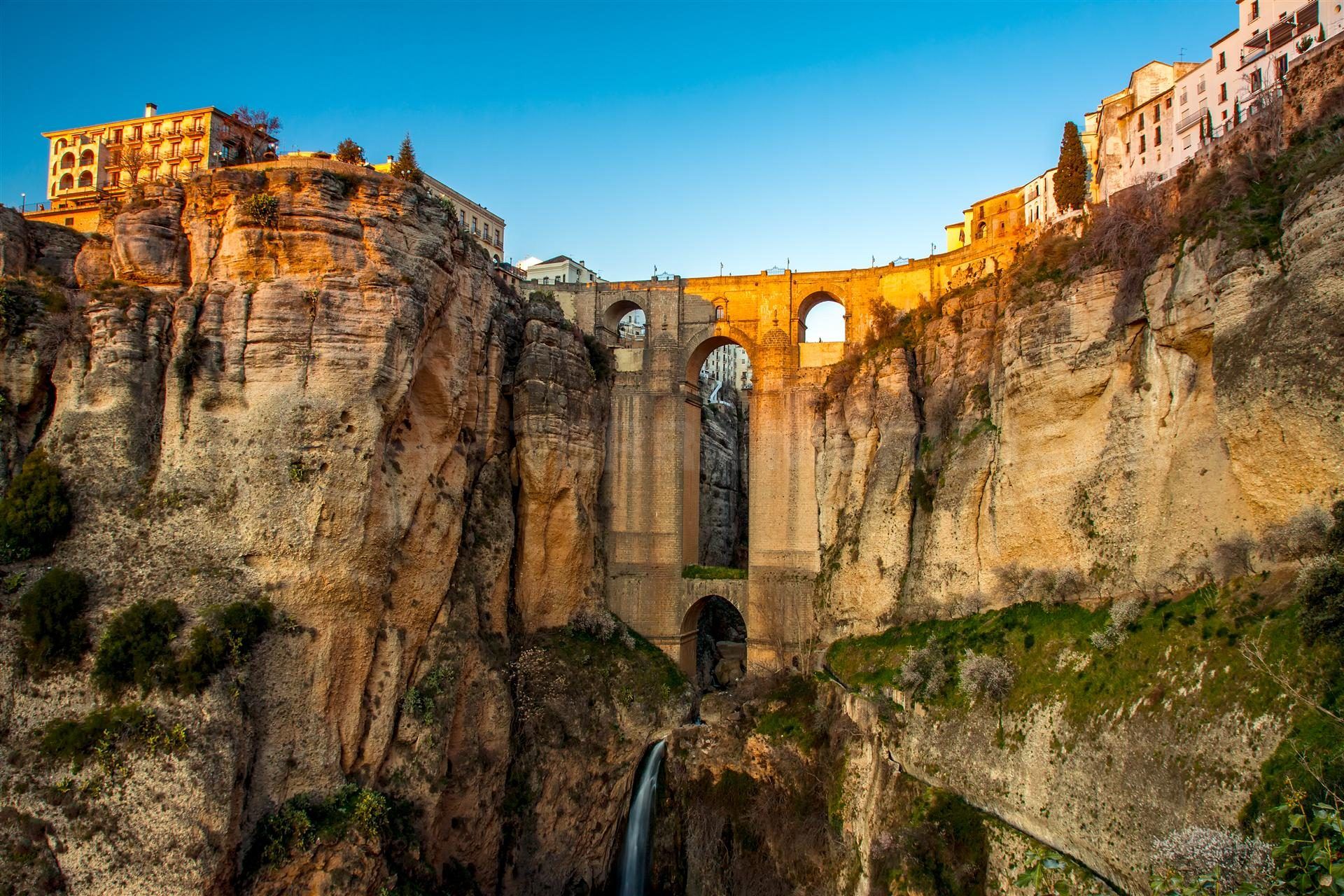 A gentle walk that starts at the Almocabar gate in Ronda at the entrance to its medieval walls in the Barrio de San Francisco. The 4.5-kilometre walk takes you to a cave called Tajo de Abanico because of its fan-like shape, and ‘abanico’ is Spanish for a fan. The route takes you along a cobbled medieval pathway through wonderful rock formations and fields filled with wildflowers.

This walk is rated as light to moderate. It’s around 6.8-kilometres long and takes you from Ronda up to Pilar de Cartajima—that’s the light stretch—and from there walkers will pass sections of the Roman aqueduct that are considered a little more challenging. The Roman aqueduct is the main attraction of the walk, however it is one that few people take because its existence is not well known, even though the Romans were in the area for centuries. 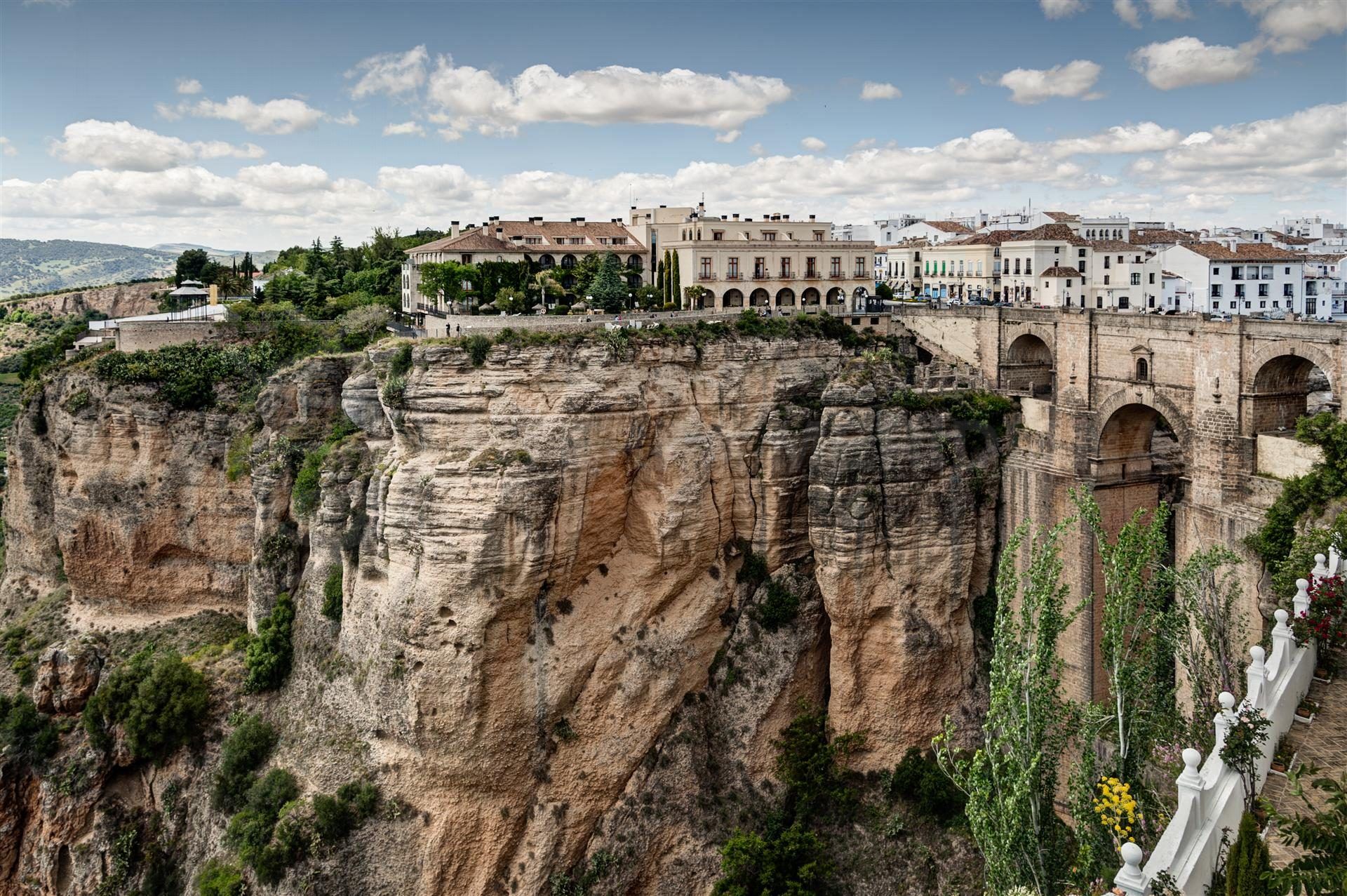 The relatively short walk of only 2.5 kilometres from Ronda to the cave church is known as Virgen de la Cabeza. It leads up to a 10th century hermitage built sometime between 970-980 AD. The walk is perfect for gaining a view of the Ronda skyline and although it is not long, don’t forget to wear shoes that can cope when its pathway changes from pavement to gravel.

This 3-kilometre walk takes you in a loop. It is not particularly difficult and requires approximately two hours to complete. You don’t need to be superfit to go on this walk but do prepare for the fact that in the winter months the track can turn muddy. One of the main attractions of this route is that it allows walkers to experience the glorious views from Benaojan’s limestone mountains, spot the native wildlife that lives in the hills and then end up at the Cueva del Gato cave, a popular picnic spot surrounded by waterfalls. It also features a crystal clear natural pool that is perfect for a quick dip or swim on a sunny day.

Mr Henderson’s charming railway brings visitors from Algeciras to Ronda, but there is also a walk named after this gentleman, and it is very popular for exploring the Serranía de Ronda. This 7.5-kilometre hike, which takes approximately 3.5 hours, connects Benaojan and Jimera de Libar, two of the railway stops on the line. It is long enough to be a challenge, but also short enough to enjoy without feeling exhausted. The terrain is suitable for most people, except those with serious health issues, but do be prepared for a tougher part of the walk that follows a path cut through rock. The views of the countryside and the proximity to wildlife make it well worth the effort.

A 9-kilometre walk for keen hikers that takes you on a circular loop out of Ronda, where you will pass through vineyards, oak groves and a Roman aqueduct before reaching the Pilar de Coca spring in the mountains of the Sierra de las Nieves.

The impressive El Tajo gorge is about 400 feet deep and looking up at the Puente Nuevo bridge from the bottom of this famous Ronda sight gives you a better perspective of just how steep it is. The trail to the bottom of the gorge starts at the Old Town side of the bridge, where you follow a route through the streets until you reach the edge of the cliff where the walk really begins. The path leading down into the gorge consists of wide, stone steps that become a dirt path that can occasionally be rather steep and have loose earth. There are many viewing spots on the way down and you can follow a circular route around the bottom of the gorge before climbing back up again. 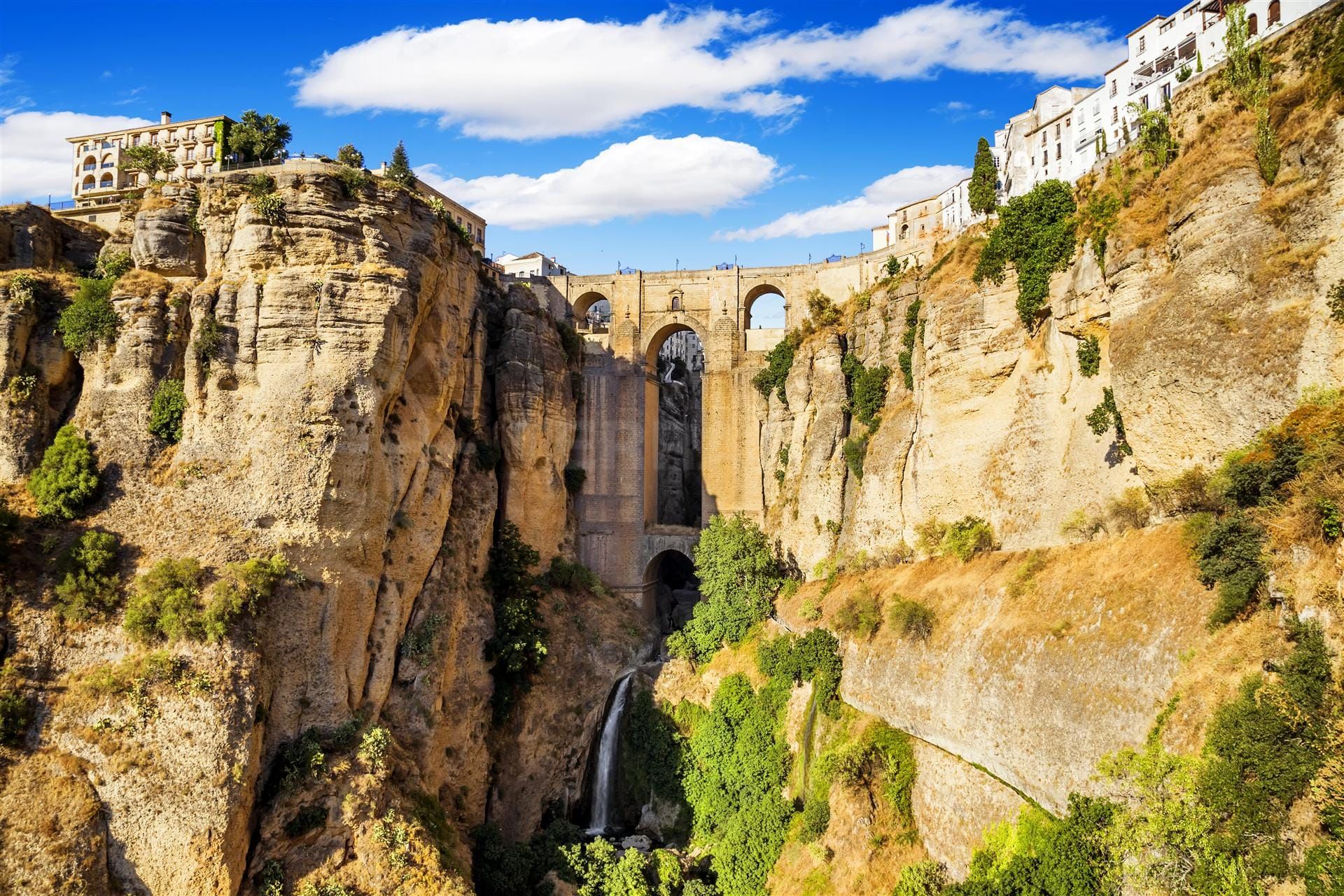