At Terra Meridiana, we produce regular quarterly reports on Spain and the Costa del Sol’s housing markets, drawing on data from official sources, to provide buyers and sellers with updated information about where the market is coming from and our view of where it may be going.

We source data from Notaries, Registrars, the National Statistics Institute (Instituto Nacional de Estadística, INE), and the Ministry of Public Works (Ministerio de Fomento) to identify trends, highlight changes and offer an overview of the most pertinent data from the national and local marketplaces we serve. 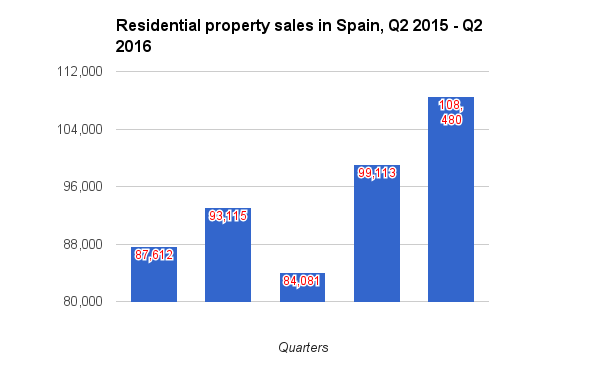 Terra Meridiana’s view: Q2 2016 consolidated the promising return to growth in the Spanish housing market, after a very positive start to the year. During the second quarter, the number of residential property sales nationwide again reached its highest total for the same period since 2010.

The principal markets we serve witnessed major gains in the number of properties sold in Q2 2016, compared to the previous quarter: Marbella sales were up by a 23.2% over the three months, albeit down on Q2 2015; Estepona saw a huge 36.3% jump for the quarter and 11.7% rise year-on-year; while Benahavís saw twice as many houses sold in Q2 than in Q1 2016 and 21.5% gain compared to the same period of 2015. 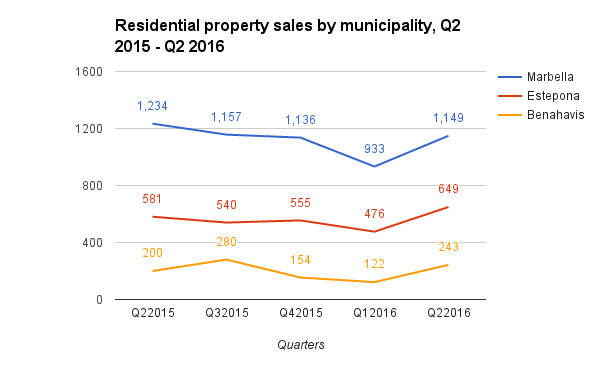 Terra Meridiana’s view: The second quarter of 2016 has seen much more activity in all of the three main locations along the Costa del Sol where we work, with Benahavís and Estepona proving particularly popular with overseas buyers.

Spanish property prices continued to climb in Q2, albeit at a slower rate than in Q1

Housing prices across Spain maintained their positive trend in the second quarter of the year, increasing less than during Q1, but still rising at a higher rate than the average quarterly gain throughout 2015. 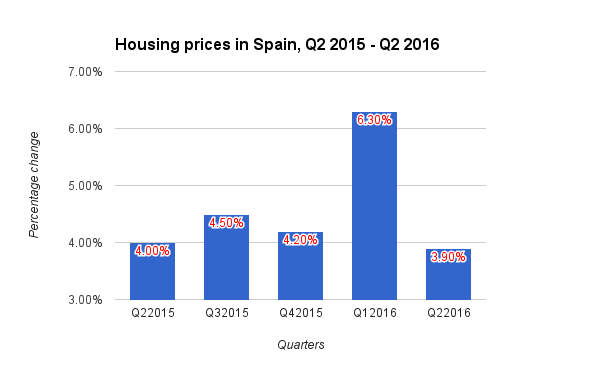 Terra Meridiana’s view: The quarterly rise in prices posted in the first quarter of the year was probably more due to renewed confidence in the Spanish housing market’s long-term prospects than short-term overheating. As a result, more measured rate of growth registered in Q2 bodes well for both buyers and sellers. 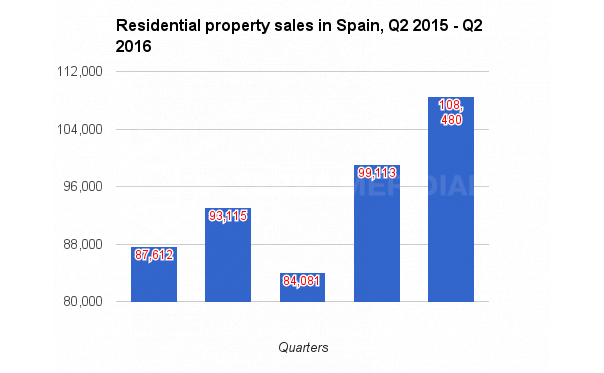