Sierra Blanca, Marbella Golden Mile, what makes it a special place to live

Pierre describes the ‘dolce vita’ of life at Sierra Blanca, an exclusive gated community on the mountainside of Marbella’s Golden Mile.

At 300m above sea level and situated just inland from the Costa del Sol, Sierra Blanca really is in an ideal position for making the most of the fabulous views over the coast. 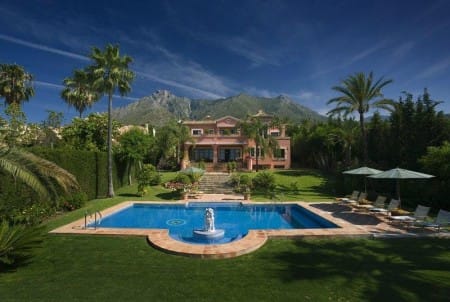 Not only that – it is also in the middle of Marbella’s Golden Mile, meaning all the amenities of the town are just a short drive away.

The properties on offer are quite spectacular, ranging from semi-detached houses to colonial-style mansions to exotic villas.

Pierre Summer has owned his nine-bedroom villa in Sierra Blanca for 10 years but has now decided to sell up for a change of scene.

“I have been coming to Sierra Blanca a few times a year for short holidays since 2002 and have always really loved it,” he said.

“To be honest, living in Sierra Blanca really is ‘la dolce vita’, with the best weather in Europe and a no-stress life.”

Pierre explains that because this prestigious development it is on the slope of a hill, the views over the sea are absolutely breathtaking. 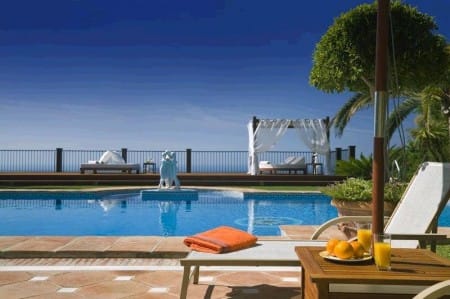 “The views over the mountains and the sea are fantastic,” he said.

Sierra Blanca is named after the mountain range behind it, which houses the magnificent La Concha peak which looms over Marbella at 1,200m.

Keen walkers will be dying to get up there, whereas less active types will enjoy viewing its picture-postcard views from afar.

In the other direction you can see as far as Africa on clear days – which of course is most days on the Costa del Sol.

“Another good thing is the location,” added Pierre.
“Marbella is between Malaga and Gibraltar and the villa is just 40 minutes away from Malaga airport.”

“But the best thing about living in Sierra Blanca is the quiet.” said Pierre. “It’s really far from the road so you hear no cars, no street noise – the only sound is the breeze in the palm trees.”

“It’s also very secure because there is a guard at the entrance, 24/7 patrols and restricted access at night.”

Pierre said living in Sierra Blanca would suit sporty people, seeing as there is a tennis court and a well-equipped gym room. 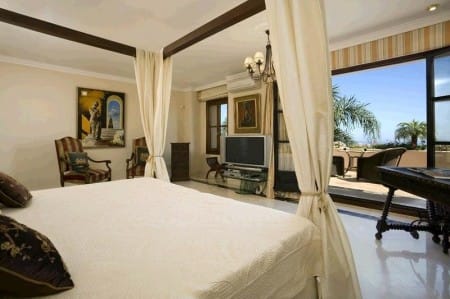 “It would be ideal for families with children because there is a covered playground, swimming pool, and even a cinema.”

Pierre described the villa itself, which he has added a tennis court to himself as well as two guest houses.

“It has nine bedrooms, which is quite exceptional,” he said.

“You can invite all your family and friends. It also has two guest houses, so if some guests want their privacy that is no problem at all.”

Experience sweeping mountain and sea views from this fantastic 5 bedroom property offering 714 m² of 3 level living and boasting an expansive solarium overlooking the ...

A residence of such calibre seldom becomes available in Sierra Blanca on the Marbella Golden Mile. Ideally positioned on a 2,168 m² plot in the foothills of La Concha, ...

This property sits on a rare promontory in the foothills of Sierra Blanca with panoramic city-to-sea views and boasts a lifestyle of exceptional pedigree. Located within ...

This villa sits on a unique promontory in the foothills of Sierra Blanca with far reaching panoramic views and boasts a lifestyle of remarkable pedigree. Set within Le ...

This property is situated in the prestigious gated complex of Sierra Blanca, at the foot of the beautiful La Concha Mountain and situated only minutes away from all ...

Beautiful classical style villa for sale and rent in the secure enclave of Sierra Blanca, Marbella Golden Mile with stunning sea views. The villa is situared in a quiet ... 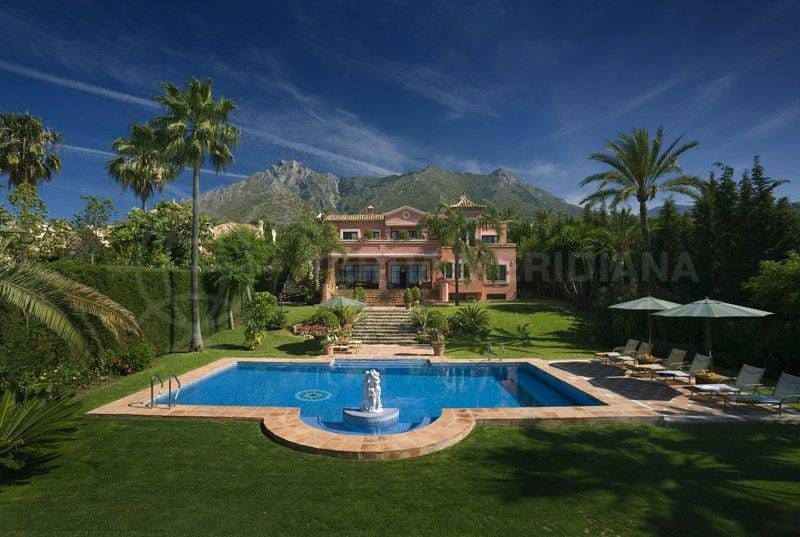